Several of the world’s most preserved and beautiful walled cities 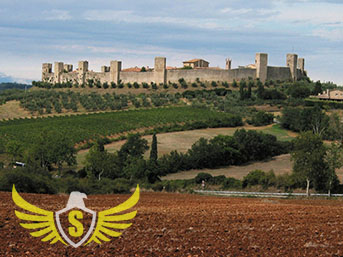 In ancient times, people surrounded their cities with massive and tall walls which were punctuated with guard towers in order to protect themselves from their enemies. Some settlements were built on hills while others fronted seas and oceans. Sadly walled cities became obsolete as the centuries passed and today very few fenced settlements are kept intact. Here are several well preserved fortified cities which attract tourist from all over the world.

Situated on a small natural hillock in the Italian region of Tuscany, Monteriggioni is a walled medieval town which dates back to the 13th century. It was built by the overloads of Siena to control Cassia Road. The settlement is considered to be the best preserved fortified settlement in the country which explains why it is also one of Italy’s top tourist destinations. Today, Monteriggioni has a population of approximately 10.000 residents and is home to several well-known local landmarks including Piazza Roma which regarded as the town’s main place of interest.

The Montenegrin town of Budva lies on the shores of the Adriatic Sea in the eastern parts of Europe. While the settlement dates back to 500 BC its walls are much younger as they were built by the Venetians during the Middle Ages in order to defend Budva from Ottoman invaders. Today, the town is one of Montenegro’s most visited destinations as it is the location of numerous mind blowing landmarks such as the Citadel, Altstadt Budva which is the oldest preserved area of the town, Podmaine Monastery, Rustovo Monastery, Santa Maria in Punta Church, Kosmac Fortress, Stanjevici Monastery and more.

Historians believe that the Czech town of Znojmo was founded during the 9th century by the rulers of the Great Moravian Empire. The settlement was part of the line of defence on the Austrian border and at its peak was a fortified royal city. Znojmo isn’t surrounded by one single wall but by several layers of walls which are complimented with moats and ditches in between them. In modern times, the town is one of the country’s most visited settlements and its main attraction is of course its fortification walls. Other noted local landmarks are the Znojmo catacombs and the Znojmo Town Hall Tower which was built by Nicholas of Edelspitz during the mid-15th century and features Gothic spires.

Briançon is a small French town which lies in the southeastern parts of the country. It has an estimate population of 11.500 people and covers an area of 28.07 square kilometres. Briançon is home to several buildings which were classified as World Heritage Sites by UNESCO in 2008. One of these structures is the wall that surrounds the old areas of the town. The fortifications date back to the 17th century and were constructed to protect the settlement from Austrian invaders and to guard the road that linked France with Italy. The Fort des Trois-Têtes which literally translated means the “Fort of Three Heads” is undoubtedly the most population section of the wall.

York is a historic walled city which lies in the northern parts of England in the county of North Yorkshire. It was founded by the Romans in 71 AD as Eboracum. Since then the city was taken over by the Angles and Vikings until it finally became part of the Kingdom of England during the mid-10th century. Although York has been protected by a wall since Roman times, the current fortifications that surround the city date back to the 12th – 14th century. Many travels described the city as a must visit destination as it is home to numerous amazing edifices including York Minster one of the largest Gothic cathedrals in northern Europe. But if you don’t have the time or funds to do so, you can always try to find the last remaining sections of the wall that once protected the English capital, London. You can go on your scavenger hunt while a team of skilled and professional removal experts is handling your property relocation.

Located in modern day Colombia, the city of Cartagena was established by the Spanish in the 16th century during their conquest over South America. It quickly became one of the most important ports on the shores of the Caribbean Sea, as the Spanish shipped their acquired riches through it. This made Cartagena a target for pirates who attacked the city one after another. The Spanish had to protect their port and did so by erecting a massive wall which faced the sea. The structure is 18 metres wide at some places. Today, the Cartagena Wall is identified by a UNESCO as a World Heritage Site and is one of Colombia’s most recognisable and visited landmarks. 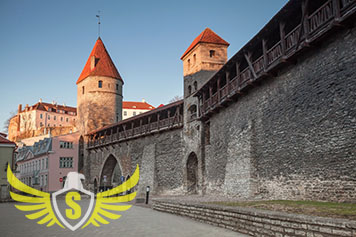 The wall that surrounds the Estonian capital is known as Margaret Wall as it was commissioned by Margaret Sambiria during the second half of the 13th century. At the time, the fortification were only five feet wide. They were widened and reinforced during the upcoming years. The wall is still intact to this day and is one of Estonia’s most prominent structures. Within the city fortifications, visitors can explore several well-known local landmarks such as:

The walled city of Mdina was established around the 8th century BC as Maleth. It was renamed to its current name during the 11th century AD. The settlement is renowned for its thick, stone fortifications which was originally built by the Phoenicians and enhanced by the Normans who also added the moat. It is one of the few walled cities in the world which hasn’t outgrown its fortifications. Currently, Mdina has an estimate of 300 residents and is one of Malta’s most popular and visited touristic sites. The settlement is nicknamed as the “silent city” as very few vehicle as allowed within the walls. Mdina is currently on the tentative list of UNESCO World Heritage Sites.

Our website utilises cookies, so please visit this and this links to learn more about their usage. Continue browsing if you agree.