The history of Ebay 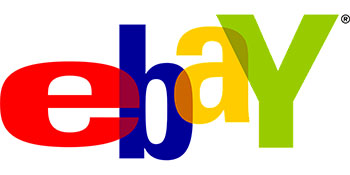 Ebay is one of the largest and probably the most important e-commerce platform in the world. The fact that it services both private clients and businesses makes it indispensable in the world of global markets. Its history is equally interesting, as well as important if one is to understand how Ebay became the multi-national corporation that it currently is.

Another important aspect of the history of Ebay is the fact that the whole project was founded in 1995. Then it became one of the most notable and widely cited success stories during the years of the so called dot.com bubble. The fact that the company managed to survive and even expand significantly following the burst of the said bubble became a very important lesson to all internet entrepreneurs of the modern age.

The origins of Ebay can be traced back to 1995, when a French-Iranian web-developer and entrepreneur Pierre Omidyar founded the company AuctionWeb in California. AuctionWeb was just a part of a bigger project that was Omidyar’s personal website. The story of the first auctioned item has already become part of the internet lore. The first item that was actually auctioned through Ebay was a broken laser pointer, which was sold to the highest bidder of US 14.83. Omidyar called the winner of the auction to ask if he actually understood that the item was broken, to which he got the response that the person in question is actually collecting broken laser pointers. This is probably the first time when Omidyar actually saw what a huge business opportunity his little side-project actually is. Bearing in mind that currently Ebay’s founder’s net worth is estimated to be well over 7 billion USD, he had made good use of this discovery.

The next few years however were not such a success story. Omidyar continued to work on Ebay as a side project, until one day, in 1996 his internet provider called him to inform him that he needs to upgrade his business service in order to accommodate the increased traffic to the website. The increase in the price was from $30 to $250 dollars a month. Omidyar did not have that kind of money at the moment, which drove him to the decision of charging Ebay customers for the service – something that we had hoped to avoid, guided by his believe that the whole thing has the potential to become “the perfect market”. Contrary to what he had expected however, no one of his customers complained about the change of policy. The rest, as they like to say, is history  – a very successful one for that matter too. The same year the first official EBay employee was hired – Jeffrey Skoll, who went on to become the first president of the Ebay corporation and the 7th wealthiest Canadian. Later that same year the company signed a deal which allowed it to sell plane tickets and other items online. By the beginning of 1997, over  2 000 000 auctions have already been hosted on the platform, making it a major player in the field of online commerce. This figure is also a good point for illustrating the speed with which Ebay was expanding – 250 000 auctions were hosted on the website for the whole previous year. 1997 was the year when the name and domain address Ebay were also created.

Years of expansion and the dotcom bubble

By the end of 1998 what started as a hobby and personal site project was already a company that received millions of dollars of investments and had 30 employees. Over half a million people used the auction platform that year and Ebay finished the fiscal 1998 with the considerable revenue of 4.7 million USD.

Another milestone was reached on September 21 1998, when Ebay went public. Both Omidyar and Skoll became billionaires overnight. The target share price was just $18 per share, but everyone ignored that modest goal and by the time the stock market closed that same day, a share in Ebay went on the cost of $53. 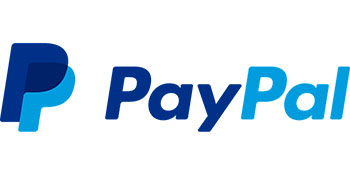 The dotcom bubble burst soon enough, and many otherwise successful internet companies went out of business pretty quickly. Ebay however was growing and growing. A similar service, iBazar, based in Europe, was purchased by the corporation in 2002 and later that same year Ebay bought PayPal too. Nothing could stand in their way now.

Dozens of related services and companies have been acquired over the years by Ebay, making it not just an e-commerce company, but rather an over-reaching corporation. Some examples include:

Today tens of millions of collectibles, video games, decor, appliances, computers, furnishings, equipment, domain names, vehicles and much more are sold on auctions on a daily basis on Ebay. The platform has become much more than a service that users make use of when they need it. Much like the internet itself, Ebay has become an integral part of the modern way of life. Where else could you possibly get your hands on a whole town, a scrapped F/A-18 Hornet fighter jet, or even  ‘most expensive GIF of all time’ after all?

Basic selling fees for business clients for the UK

Our website utilises cookies, so please visit this and this links to learn more about their usage. Continue browsing if you agree.